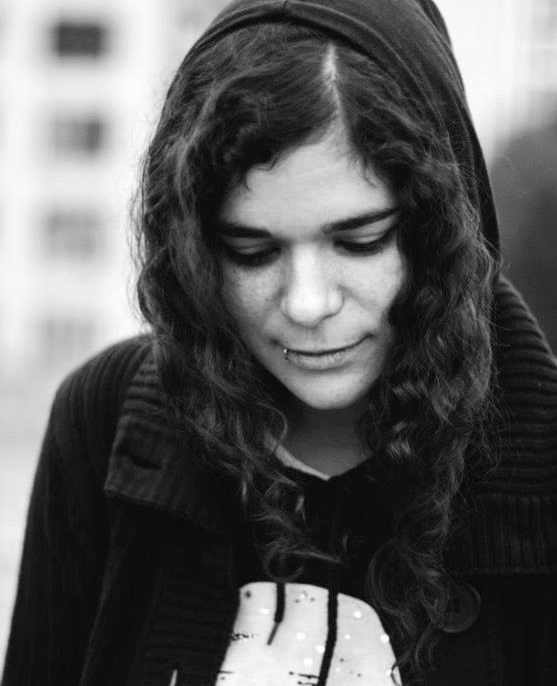 Zahra professionals work began in 2011 (León, SP). While she was finishing her graduate in Printing Arts and Graphic Design she joined the occupied social center “La Nave”. There, she has got her first studio-space and started developing the itinerant project Overlayer, collecting public advertisements and experimenting on it like layers, as an archeological character and as a means of uncovering historical information.

In 2013, she moved to Berlin as artist assistant for the Erasmus Program Scholarship and based her atelier to continuous developing her artistic career around different geographies. This devotion to research the streets looking for advertisements has allowed to truly find her own language and growth as an artist.

In the last 8 years her work has been exhibited in Germany, Italy, Spain, Ecuador or France between others, as well as several collaborations, exhibitions and festivals. She received the “Jean Jacques Rousseau” grant from the French Ministry of Culture at “Jardin des Lumieres” FR 2018. Recently she was selected for the “Berliner Senat Stipendium für Kultur und Kunst 2020” founding the production of her latest project Light Collage.

Zahra`s work determined by her deep interest in the Cosmos, the physics of light and the role of the feminine blend together in a balance, manifesting a reflection towards our place in the world and in the universe which arise from the crossroads between scientific, philosophical and poetic thought.

Assuming herself as an observer of the world, her work is characterized by the symmetry between dream and reality.

As a narrative medium, collage brings the capacity to shape constellations with her ideas, her worlds within worlds, contemplations, questions or analyses. In an searching exercise for elevation and knowledge, of expansion in space and time which she uses to play in her compositions with balance, tension, lightness or ingravity.

Her experiences, her studies, her observations of the world are manifested through an analogic work. Avoiding digital techniques, Zahra is constantly scanning the streets in search of posters, as if the city were the map of a giant-scale collage, extent as a dynamic performative principle. Recycling street posters, books, old illustrations, maps or magazines and giving them a new chance or new life, is also a way to question the system of production in the field of contemporary arts and the exclusivity of materials in a consumerist society.

Collage becomes in her hands a relativistic tool, an anarchistic discipline of disobedience to subvert axiomatic hierarchies, a political exercise to redefine reality.

Characterised by the frequent representation of women, in a deep analysis of the female role in advertising and marketing and how its representations affects and negatively influences the gender Self-stereotyping in society. She usually shows us women liberated from objectification and connected to the principles of nature as sacred living organism, but also conveys a critical message about women’s identity transformation into a silent and fragmented body by the mass media.

Zahra’s work says the unspeakable, as a subversive strategy to change and demolish stereotypes and by the continuing searching for a deeper understanding.